Infrastructure as Code and code quality 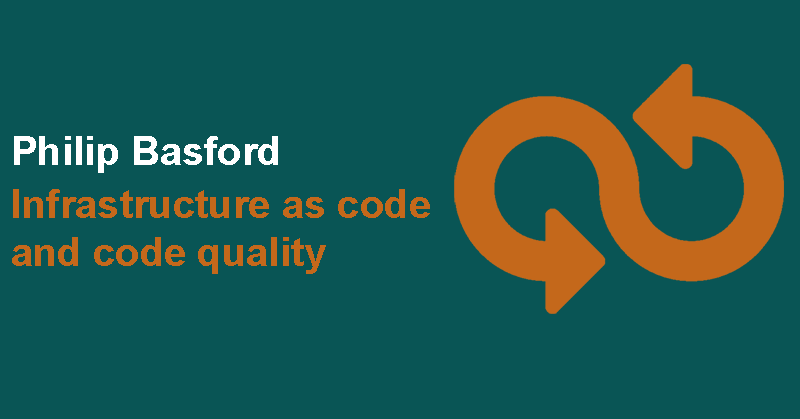 In January, Inawisdom had our DevOps competency accredited to us. This was a massive acknowledgement of our DevOps ability and also how we uniquely apply it to the world of Machine Learning. The challenge with DevOps and the Developer experience on AWS is that it is one of the most fast changing and evolving areas. There are lots of announcements every week. One of the areas of DevOps that is moving fast is Infrastructure as Code (IaC) and this blog is focused on the Amazon Cloud Development Kit (CDK), Amazon’s next iteration of IaC. The Amazon CDK has been around for the last 2 years and I have been meaning to give it a go.

I remember when I first fell in love with CloudFormation, it was amazing how I could spin up quickly and repeatedly infrastructure and solutions from script. However, as time progressed, I wanted to standardise some components into reusable templates to provide consistency and to accelerate development. This is possible in Cloud Formation using nests or import/export etc, but it is overly complex, fiddly and seems limited. Being from a development background what I really wanted was for CloudFormation to be Object Orientated and be able to use other programming constructs. Then! last December I went to re:invent 2019 and I saw a few sessions on the CDK. I was impressed so I put it higher up on my list of things to look at and play with. However, I did not really have the time or need during my 9-5 working hours to use it. Therefore, I decided to take a look in my own time and work on a community project that I had in mind.

The community project I had in mind was to build a complete deployment of SonarQube. SonarQube is a static code analysis tool that I have used a lot in my past roles as a Java Developer and Development Manager. I wanted to see if SonarQube would be any good for Python, how I could integrate into our DevOps processes and how I could run it. In addition to this, I did not want to stand up any EC2 instances (I am a serverless kind of guy), so therefore I decided to use ECS Fargate and run SonarQube in Docker.

The first step was to take the public sonarqube image and run it up on my MacBook, create a project and then run the client over my python code. To start a sonarqube container locally then run:

Using your browser of choice connect to http://localhost:9000/, the admins credentials are on the docker web page and please change the password when you first log in. Then once logged in then create a project, I called mine, ‘aioboto3’ (another open source project I am working on), I suggest you name yours something meaningful to you:

Next follow the inbuilt guide and run SonarQube over your code: 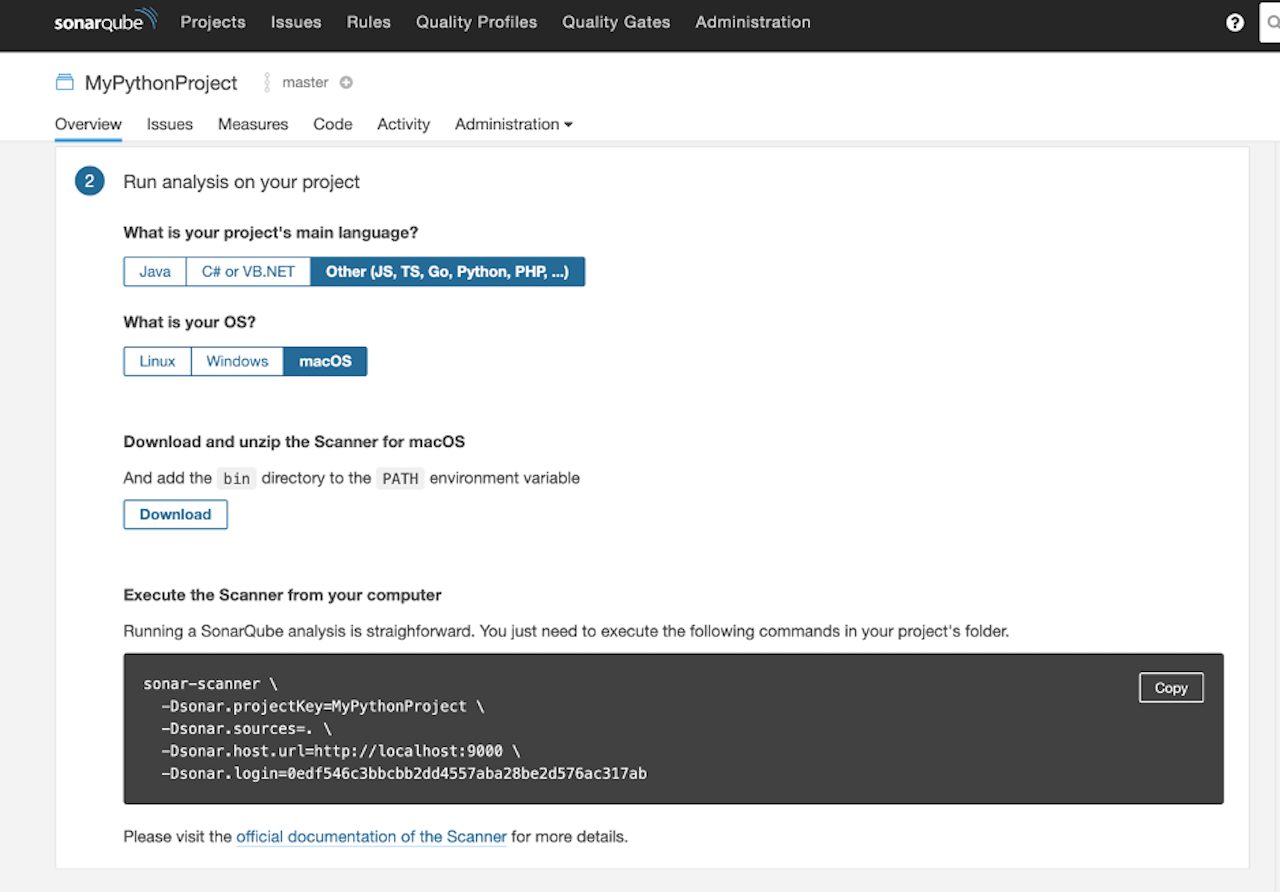 The results will show you how great your code is or areas you need to improve: 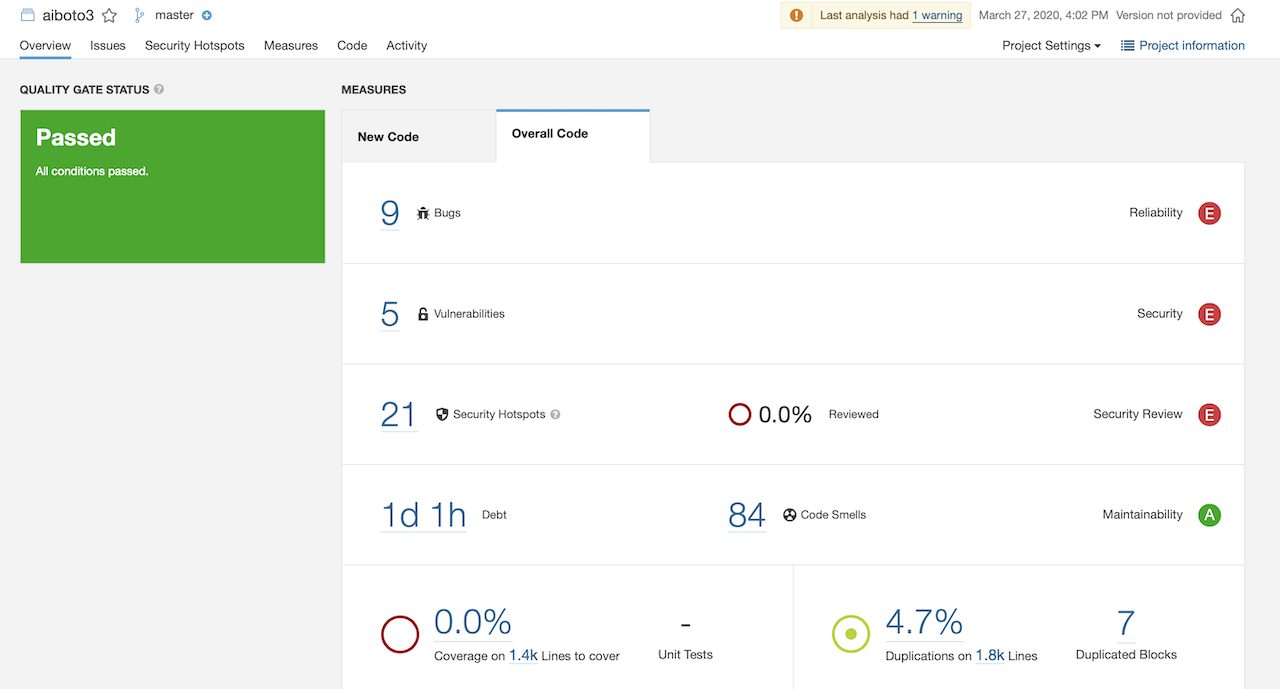 The next step following the initial validation of the Docker container was to follow the AWS CDK Getting Started and setup a CDK project. I called mine ‘sonar’ and selected python3 as my language of choice. Please note however, that all languages are trans-compiled from TypeScript. You may wish to use NodeJS to smooth the autocompletion in your IDE. I also took the decision I wanted to create all the solution in a single project, this included VPC, ECS, and RDS.

The VPC was the easiest thing to setup. To be honest, this was the fastest VPC I had ever created compared to doing it in the console and with AWS CloudFormation. Here is the CDK code:

The next step was to create the ECS cluster, So I proceeded in setting one up and it took me about 10mins. However, later when starting the SonarQube Docker container I found out that it required ulimits to be set on the host and this is not supported by Fargate. This meant that I had to resort to using an EC2 backed cluster and the CDK code I used to create the ECS Cluster was:

The next step is to save the results of the analytics that SonarQube produces beyond the lifetime of a single container. To do this, SonarQube supports a limited number of databases, two commercial and PostgreSQL. Therefore, I preceded in creating a PostgreSQL RDS cluster using the CDK code below:

The final stage is to deploy the Docker container into the ECS cluster and provide access to it from an Application Load Balancer. To help you with this the CDK has ECS Patterns which are blueprints for the most common ECS service setups. For SonarQube I used the ApplicationLoadBalancedTaskImageOptions pattern with the following considerations:

The CDK code I used to create the task was:

Once deployed this created

The problem with secrets

Initially for handling DB credentials I went with best practice and used AWS Secrets Manager. The Master Username and Password for the RDS instance was stored as a secret in AWS Secrets Manager. Then the secrets ARN was passed using the secret feature on ECS to pass it to the running tasks. However, upon investigation, it was only the ARN string that was passed and not the contents of the secret.  So, I then looked at the valueOf approach, but this is not supported by the CDK.

Lastly, in order to get this up and running quickly I took the quick and dirty approach of setting the RDS Master Username and Password manually and sending it in the plain as environment variables to the ECS Task. I would not recommend you do this and when I get some more time, I will update the solution to use a bash file to get the secret and set the Java parameters at runtime inside the container.

The good news however is that I actually ran SonarQube over the CDK code and it did highlight this: 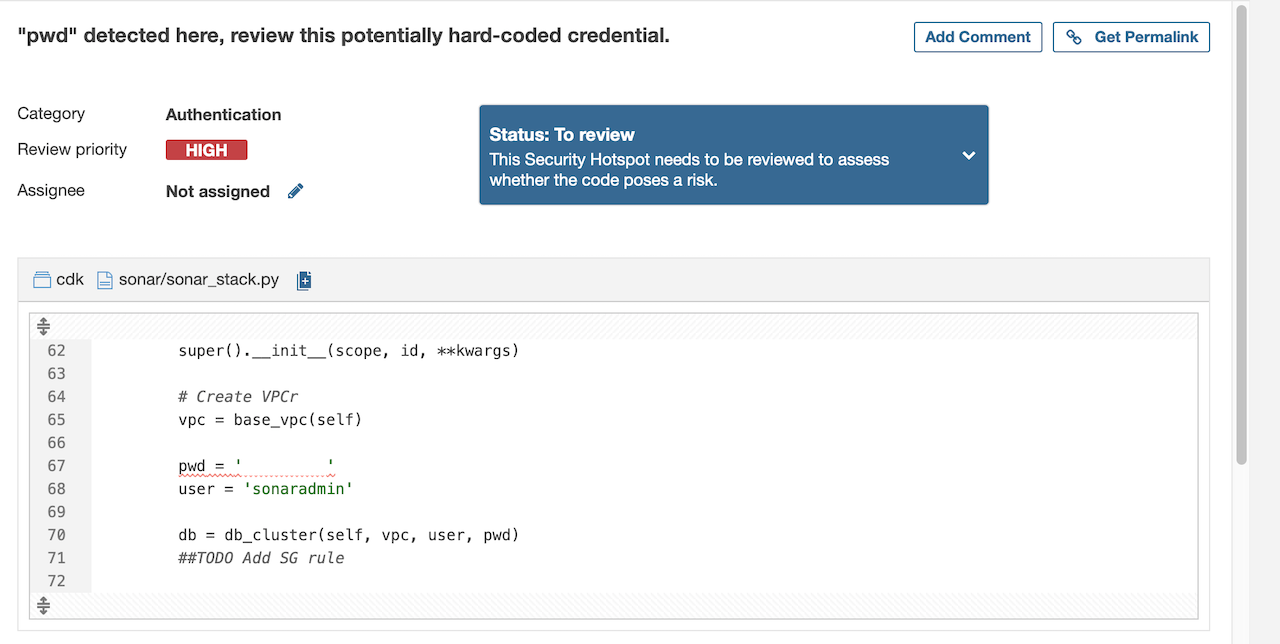 I have created a project on GIT hub with my code in it, so if you would like to take a look at the final CDK code and deploy your own SonarQube deployment please fork and download the code. The repository is https://github.com/philbasford/sonar. Please make sure you change the master database username and password.

The CDK pushes Infrastructure as Code to the next level as it accomplishes a few things:

I did however find a fair amount of gotchas on the way and, like any SDK, it takes a little while to able to navigate it. However, on balance it did allow me to get a solution up and running incredibly fast. So, I would recommend anyone to give it ago as I am managed to do my project with 103 of CDK Code compared 1700 lines of AWS CloudFormation JSON.