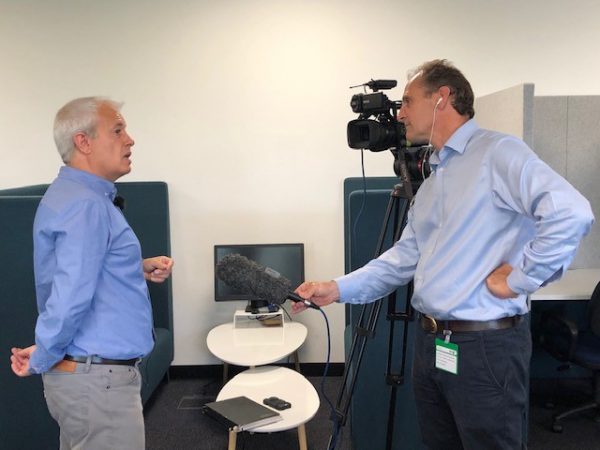 The East of England is becoming one of the fastest growing tech hubs in the UK.

Yesterday councillors, MPs and business leaders met at Westminster to tell the Treasury that the Eastern region punches well above its weight, it is developing fast and needs the funding to match.

Inawisdom were proud to be featured on BBC Look East last night, as one of the many fast-growing tech companies in the region, contributing to the growth and the economy. Founded in 2016, in their first year alone Inawisdom grew by a staggering 200% and recruitment has remained strong, with over 50 heads in their Ipswich HQ and an additional two dozen in London. The team are now looking forward to further expansion as they open a new office in Rotterdam in the Netherlands.

“We absolutely need to invest more.  We are an over performing region, yet we are not getting the national average in terms of per capita for transport for example, so I think physical infrastructure is important, digital infrastructure is important, devolve funding to support skills and the skills agenda, they are very important, so I think invest in Suffolk PLC and I think that gives a return for UK PLC, which is certainly something we should be doing” Neil Miles, CEO

Jon Hill, a Computer Science graduate, shows Richard Daniel, BBC Reporter, heat recognition data and gives his feedback on staying local to the area “I am a local from the area and my family actually live in Suffolk and it’s a perfect match” Jon Hill, Data Scientist.

Check out the latest press release here to learn more about our journey and expansion.